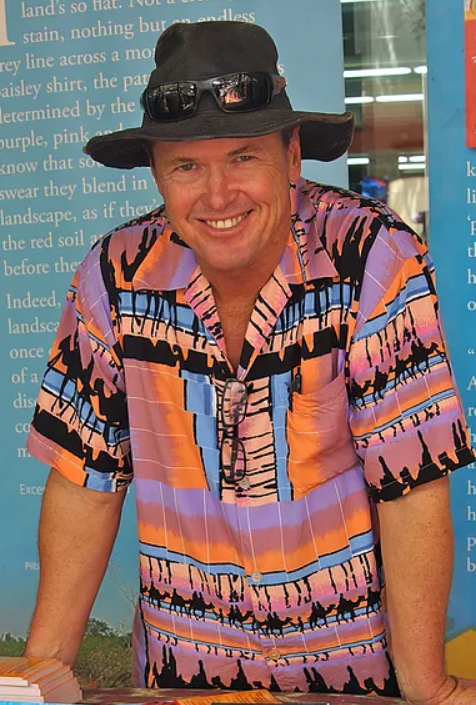 Monte Dwyer was born in Newcastle, Australia, on the 21st July 1958, and grew up in and around Lake Macquarie and the Hunter Valley.

A conventional education was attempted, but eventually aborted in 5th form (year 11) in favour of earning a quid and exploring the usual teenage rites.

As a precautionary measure he trained as a Psychiatric Nurse (Morisset, NSW) before setting off on a never-ending search for something.

Since that time he has occupied himself variously as a professional fisherman, fashion model, foreign aid worker, hospitality worker, failed property developer and sundry other diversions he won’t admit to here, and arrived at the conclusion that work is over-rated, it’s an artist’s life for him.

In the late-eighties he trained in Theatre Arts (Darwin, NT) under Gunduz Kalic (ex-E15 co-director, UK) and somehow ended up on television presenting the weather for the local ABC TV station, before being noticed by Channel 9 and given the same gig on their national breakfast show, Today, a role he performed from 1991 until he left in 2002 to continue his search for something.

Throughout his media career he has also been a produced playwright, an actor, a radio announcer, a newspaper columnist, an author, a musician and a sometime journalist.

These days he juggles all these skills developing the Red in the Centre project, and has a sneaking suspicion he may have found what he was looking for.